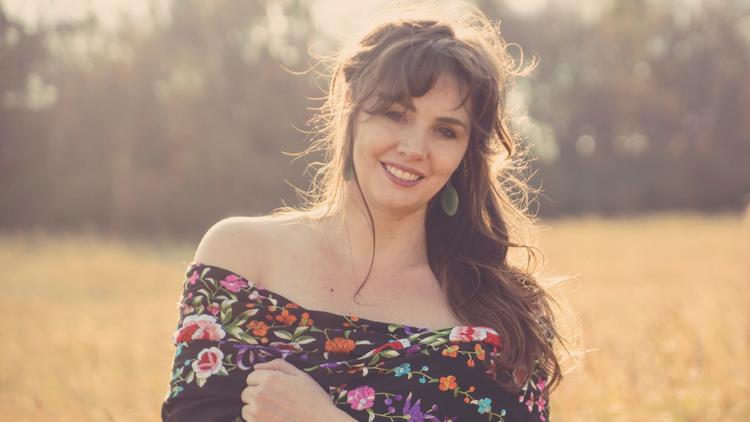 Does having a degree in political science and international relations make Sara Petite over-qualified, under-qualified, or perfectly qualified to be a musician?

“Perfectly qualified!” replied the San Diego troubadour, who is about to release her fifth album, “Road Less Traveled.”

“Is anybody ever qualified to be a musician?” Petite asked. “I think the qualifications are if you don’t mind odd hours, sleeping in beds with your band members — and alcohol.”

“I’m making a joke, because my guitar player is here at my house right now.”

Petite wrote all but one of the songs by herself on her accomplished new album. She is equally effective whether ruminating about loss and love gone wrong (“Getting Over You,” “You Don’t Care At All,” “Sweet Pea Blues”); celebrating family (“Patchwork Quilt”); painting playful pictures of seduction (“Sweet Pea Patch”); or delivering potent declarations of tenacity and self-affirmation (“Like a Phoenix,” “Good 2 B Me”).

The result is a thoroughly engaging album that at times sounds like it could have been made in Bakersfield — back when Buck Owens and Merle Haggard were that California town’s twin titans of unadulterated country music —  not in San Diego.

That’s assuming, of course, Patty Loveless and Emmylou Harris had grown up in Bakersfield, not in Alabama and Kentucky, respectively.

“I think that, at this point, I pretty much have a lot more confidence than I’ve ever had,” Petite said.

“My voice is my voice, take it or leave it. But I’m a lot more confident and (accept) it as it is. I think I’m that way in every part of my life now. I’ve been on kind of a spiritual path in the past five years and I think a lot of this album is about that.

“I think my life is a lot richer because I’ve done a lot of work on myself. Doing that brings up sadness. But it also lets you see things in a more compassionate way. And that helps you be able to let go and have a lot more fun.”

On her honky-tonk-flavored romp, “Monkey On My Back,” Petite delivers an impassioned kiss-off to the negative forces trying to drag her down. On the following song, the trumpet punctuated waltz, “Like a Phoenix” (which is subtitled “I Will Rise”), she vows to “rise up from the ashes.”

“This whole album is like dealing with monkeys on your back,” she said. ”I’ve kind of been in abusive relations and it took me five years to learn to not be a victim, to speak up for myself and get away from things that aren’t good for me.

“With the song ‘I Will Rise’ I started doing Kundalini yoga and then I kind of got that idea about rising from the ashes, like a phoenix. Also, Maya Angelou is a really big hero of mine and she has a poem called ‘I rise,’ which is quite sassy.”

On “It’s Good 2 Be Me,” Petite slyly mashes up elements of two classic Tom Petty songs — “Mary Jane’s Last Dance” and “It’s Good to be King” — with Chris Isaak’s “Wicked Game” and a reference to Oscar-winning actor Matthew McConaughey’s “Alright, alright, alright!” catch-phrase from the 1993 movie “Dazed and Confused.”

“Oh, my god! I can’t believe you caught that reference,” she said of the song, which she wrote last year while visiting Rome after completing a tour of Europe. “It was inspired by the most incredible dream I’ve ever had.”

Petite credits her band for taking her songs to a new level on “Road Less Traveled.” The group’s members have played with her for between five and 12 years each. That longevity accounts for their musical chemistry.

“I wrote the songs and know what I want to hear,” she said. “But it’s the parts they come up with that really make it come alive.”

When she’s not performing with her band, Sara Petite tends bar. “I get to know a lot of people, and they tell me a lot of stories. But I respect their privacy.”

Tickets: $20 (general admission); $40 (VIP seating). Shuttle bus service to and from the concert is $10, with departures from Hooley’s Irish Pub in La Mesa and the Old Soud in Normal Heights.